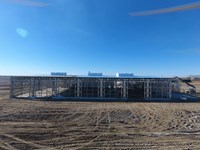 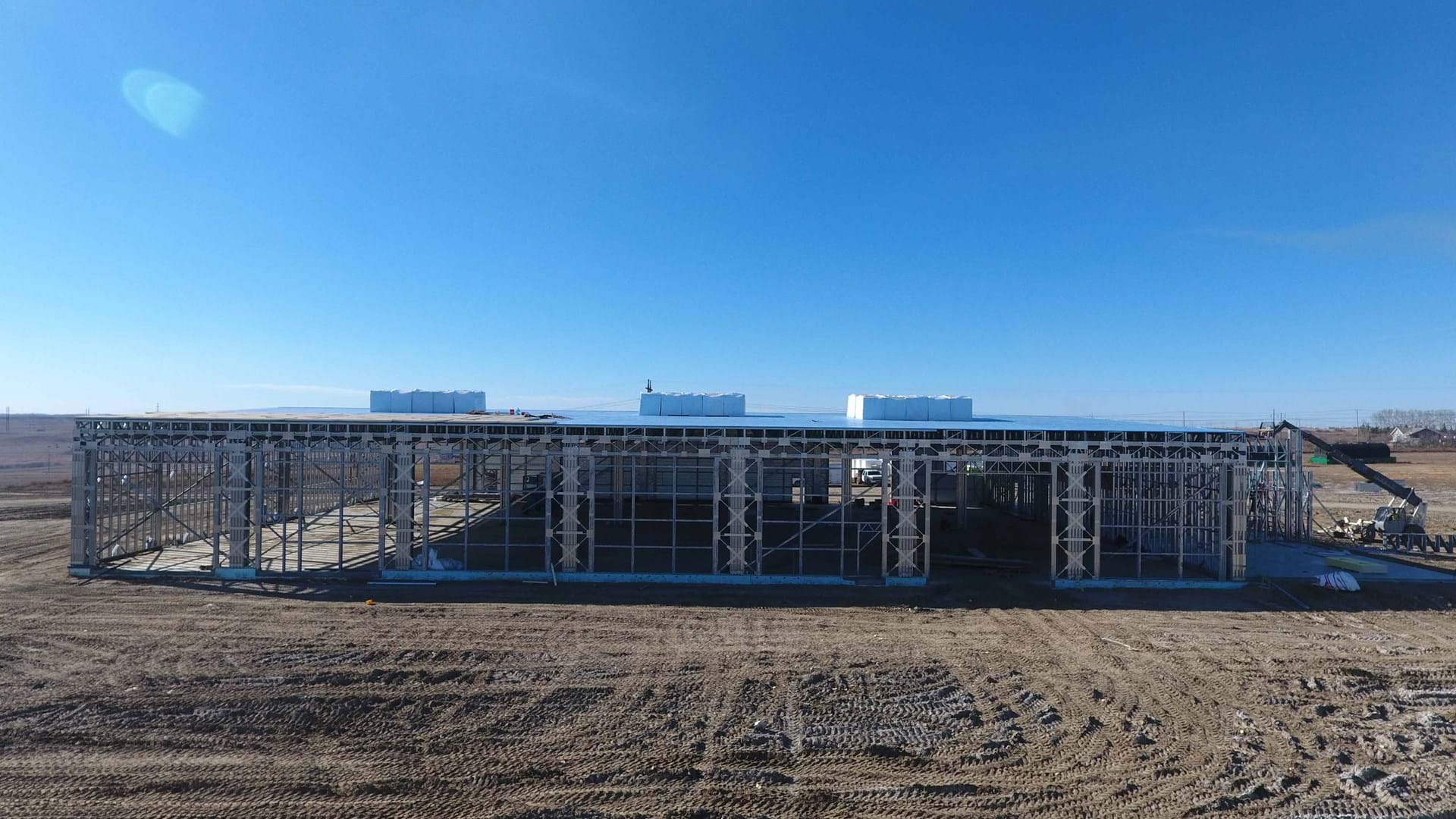 When FrameTech Systems outgrew their existing manufacturing facility, they knew it was time for a bigger, more flexible space. As experts in cold formed steel (CFS) construction, they also knew exactly which method they would use to bring that space to life. So how did their award-winning CFS facility come to fruition?

Pushing the limits of CFS

The use and demands of this kind of facility – a large, flexible workshop with 60-foot clear spans, 25-foot bays, 20-foot height to truss bearing and the option to add future overhead doors and production bays – typically leads to the selection of a pre-engineered building (PEB). However, with a goal of maximizing CFS and minimizing other materials, FrameTech wanted to fabricate as much of the project with CFS and their own FRAMECAD software and equipment as possible.

“Typically with a building of this size, we would use structural steel for some elements, but we wanted to prove that we could build something this size with our own materials and own system,” shares Brad Wilhelm, owner of FrameTech Systems, based in Saskatchewan, Canada.

They chose to work with specialty engineering firm Martin/Martin, who bring an innovative approach to all of their work. “Martin/Martin were willing to push the limits of CFS, which was exactly what we needed,” explains Brad.

Martin/Martin Principal Shane Ewing heads up a team who work with multiple niche construction methods, but he’s been working with CFS for over 20 years now. Collaboration, he says, is the key to success in CFS.

“We ran both our FRAMECAD F325iTs to produce the steel needed. We’ve been working with FRAMECAD for four years now, and have found them to be a good match for our business,” explains Brad. “The service and the quality of the equipment enable us to push the limits of CFS.”

Following the erection of the steel framing, FrameTech added 3-inch rigid foam for insulation (6 inches on the roof) and 24-gauge commercial cladding on the building. “All the insulation is on the outside of the building, which makes it very efficient,” shares Brad. “Even over a cold winter in one of the harshest climates in the world, we’ve used less than 1/3 of the heat we used in our old building.”

Building a showcase for CFS

The project was highly efficient – taking a total of 9 weeks from start to finish and saving approximately 17 weeks when compared with traditional construction methods. FrameTech were also able to make significant savings because they were using their own in-house, expert team – saving an estimated $1 million in labor costs and time delays.

The final structure features a 20-foot-tall, single-story administrative space at the west end of the building and a 25,400 square foot shop at the east end. The administration part of the building holds offices and common space for the FrameTech team, while the shop provides room for multiple FRAMECAD CFS roll-form machines, modular assembly, and the storage of materials.

Best of all, the building offers options to easily add further space to the facility at a later date and gives them the opportunity to add extra machines to their offerings.

“We designed the building to be fully adaptable, so we can remove any wall panel or add or take out doors at any time,” says Brad. “We can take out two 30ft sections to add to the building with no problem.”

The facility is a visible showcase for what’s possible using an innovative engineering approach, CFS methodology, and the FRAMECAD System. In fact, it is such a great showcase that it recently won a CFSEI (Cold-Formed Steel Engineers Institute) Design Excellence Award for excellence in commercial design.

“This project shows the versatility of the FRAMECAD equipment to do non-traditional, cold-formed work,” shares Shane. “We used what they can produce in a very unique way, combining sections and shapes quite differently to achieve what we were trying to.”