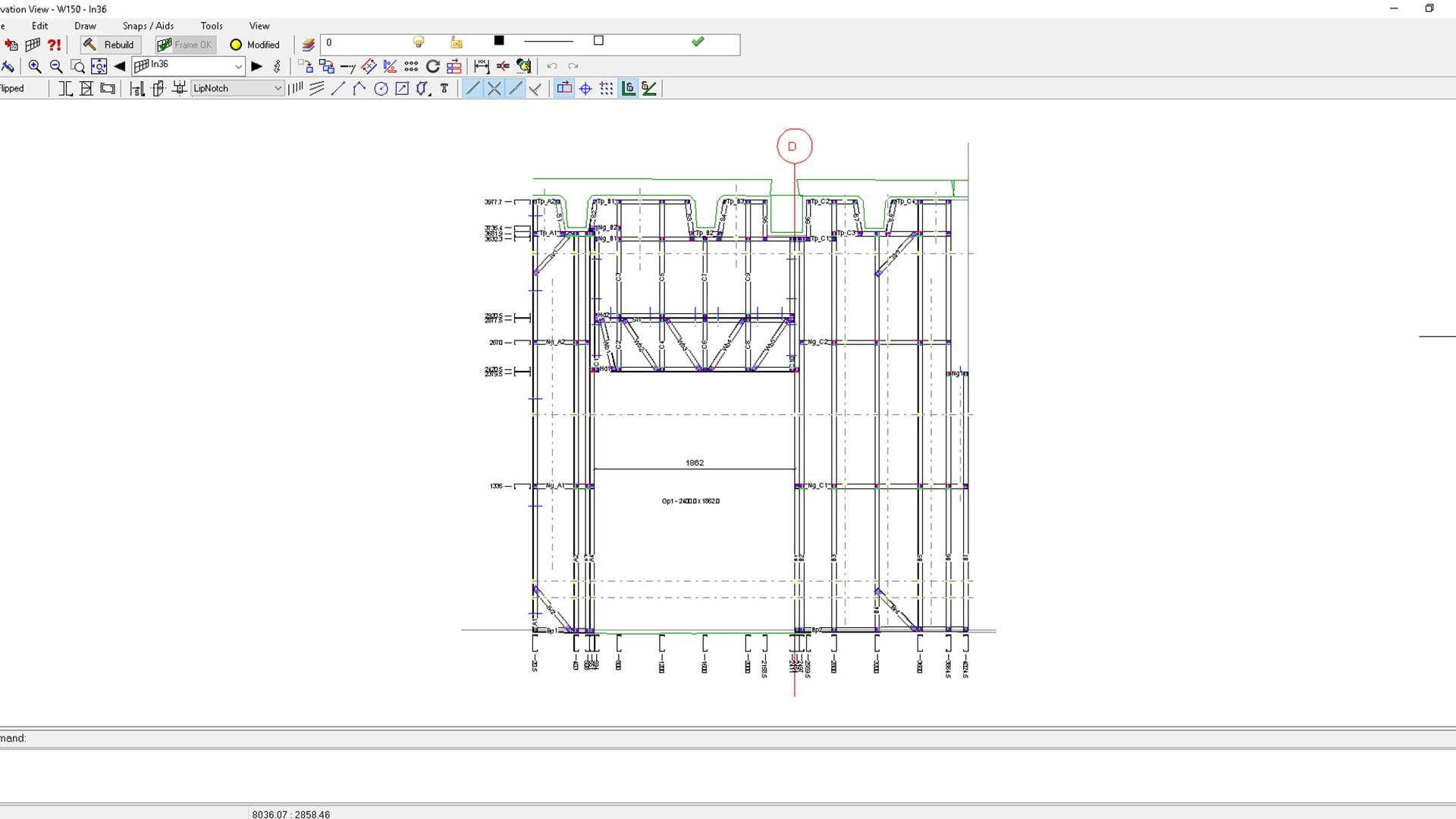 With everything prefabricated to millimetric precision, there’s no need to cut and adjust on site – the cold formed steel arrives ready to go.

The challenge at hand

Significant structural complications were present in this build – where the existing structure was a unique combination of prefabricated concrete, onsite poured concrete and masonry.

The as-built precision of these components wasn’t enough to use the architectural plans for cold formed steel construction – and traditional site measurement indicated that height differences throughout were uneven, not to mention the variable distance between concrete ribs in the design.

To allow for cold formed steel construction to take place, measuring with traditional technology and equipment was virtually impossible, due to the excessive time required and constant risk of human error.

Challenges do not, however, mean defeat. A solution was devised that ensured the desired outcomes were met – successful construction on the back of the required millimetric precision.

When producing internal walls, the existing structure is scanned using a Leica Scan Station P-series 3D laser scanner, capturing millions of points on the surface of the structure with a level of precision of 2–4mm/6m.

This scan creates what is called a ‘pointcloud’, which is then uploaded into Revit to create a model.

On other projects, the pointcloud data can be loaded into the software being used, whether that may be Revit, AutoCAD 3D, Civil 3D or Sketchup.

Once the Revit model is created, the floor plan and sections are imported into FRAMECAD Detailer to place frames inside the mapped out boundaries.

It is then loaded into the manufacturing system on the factory floor to get the cold formed steel construction process fully under way.

From there, the erection of the frames is fast and straightforward, as with all FRAMECAD builds. With everything prefabricated to millimetric precision, there’s no need to cut and adjust on site – the cold formed steel arrives ready to go.

Future benefits for this project and others

The creation of a laser-scanned model has an ongoing positive effect on the whole construction project. For any future development, contractors will be able to use this model and see the differences between the as-designed and the as-built model prior to heading to the site to apply corrective measures. Issues that would otherwise come up when on site can instead be solved prior to arrival – meaning the need for multiple site visits and downtime is significantly reduced.

In fact, on the project in question, there was also a team erecting walls made out of timber and the difference between the two teams and the outputs achieved were significant. Between measuring, cutting each piece to length, checking each piece for vertical and horizontal alignment, constantly checking in with the site manager, and modifications from the architects and designers to the drawings and plans, it took them ten times longer to build a wall than the team using the FRAMECAD System.

While this process is an excellent way to ensure precise and efficient results anywhere in the world, there are a few things to keep in mind to ensure that your plans go off without a hitch.

Firstly, ensure that the area being scanned is as clean as possible. All water puddles and debris should be removed before scanning to decrease the need for editing.

Don’t do it yourself to cut costs. Leave the scanning and pointcloud creation to proficient surveyors and BIM experts to ensure that the output is exactly as it should be. There isn’t any point in trying to do things at a lower cost only to find the whole project is delayed and specialists end up needing to be brought in anyway.

In order to decrease the detailing time, be sure to create the sections at the same length as your intended walls, with a section for each wall. Soon, for those using FRAMECAD software, the design time will also be reduced. Additionally, a new feature released soon in FRAMECAD Detailer will allow for faster framing around an imported boundary, automating the detailing process even further – watch out for it in a future release.