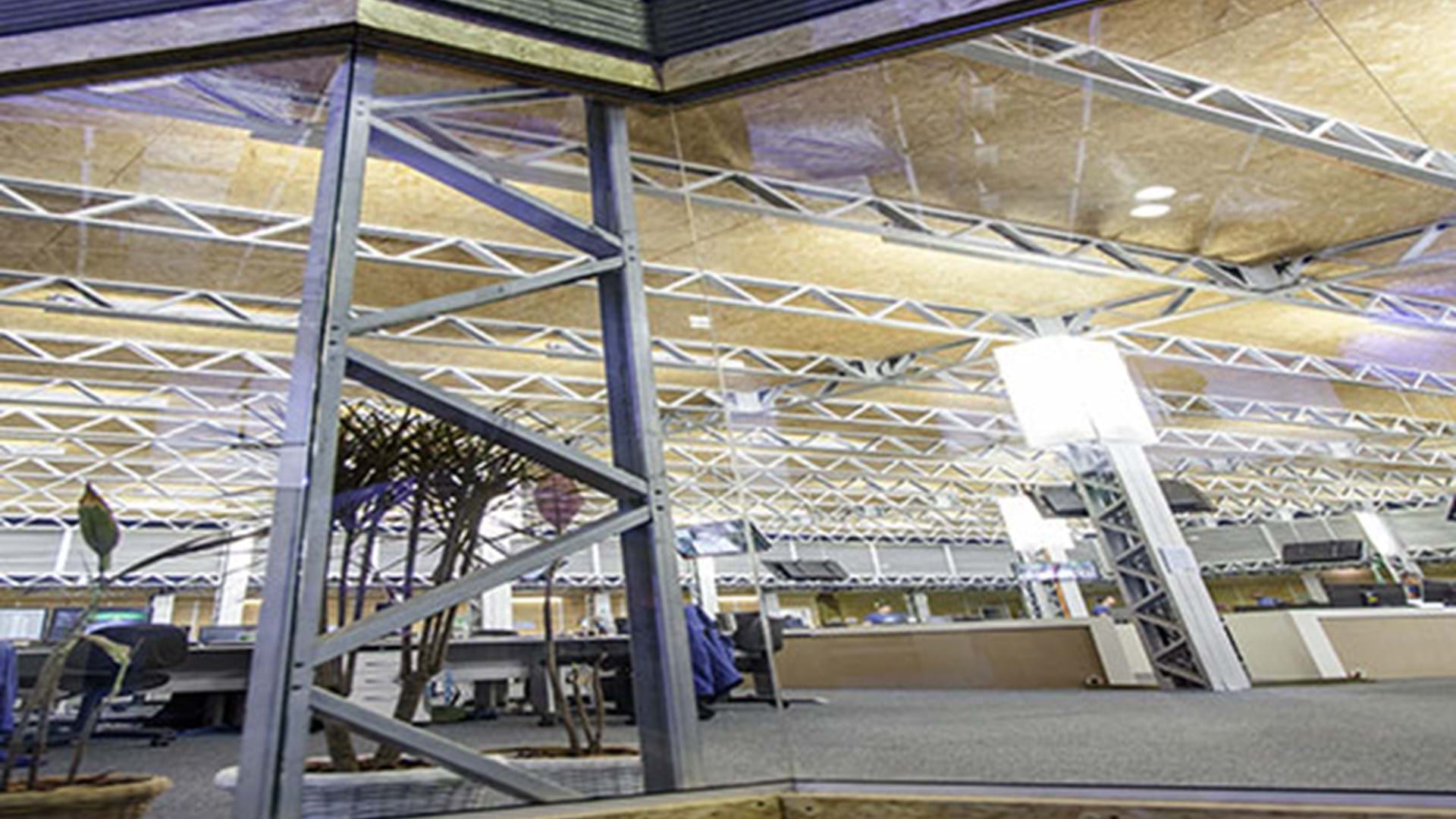 “Thanks to the IBC, the images from the World Cup will reach half the world’s population.” Luis Feranandes, Brazil’s Deputy Sports Minister”

Despite overwhelming deadline pressures and highly constrained construction parameters, the creation of the International Broadcast Centre (IBC) in Rio de Janeiro was one World Cup project that went entirely to plan.

The IBC was the media hub for hundreds of journalists and broadcast stations throughout the 2014 FIFA World Cup. With a cumulative global audience for the live matches of billions, and millions of dollars worth of investment from keen and demanding sponsors, the centre housed over 80 international media organisations for the duration of the world’s most highly viewed single event sporting competition, and was widely acclaimed as one of the most successful projects undertaken.

Because the IBC had to be created within an existing event stadium and no permanent fixtures could be attached to the existing structure, Gypsteel and FRAMECAD collaborated to design and produce a bespoke demountable partition system. The partition system was comprised of structural steel framing and orientated strand board (OSB), a material which provided the necessary impact resistance and is reusable.

FIFA wanted a solution which was environmentally sustainable, strong and could be produced within a short on-site construction period, so structural cold form steel framing had a distinct advantage from the outset.

“We were awarded the project following a design competition by FIFA. They chose the best technical solution regarding the speed and quality of product,” says the Gypsteel project manger.

“It was a long journey, which included offering different options and approaches to the FIFA Architectural and Engineering Committee to achieve a technical solution, and then fabricating and erecting a prototype for final FIFA approval.”

The project was awarded the “Green Project” award by FIFA, an award that recognized that using sustainable products like steel and the reusable aspect of the demountable partition system contributed to the overall sustainability of the FIFA World Cup 2014. Our project was recognised as one of the best projects in terms of cost, quality, delivery, schedule, and minimum waste,” says the Gypsteel project manager.

The biggest challenge was to build freestanding structures without anchoring or attaching them to the floor or ceiling in any way.

The flexibility of the cold form FRAMECAD System meant that Gypsteel were able to create structures including walls up to 9 meters tall, walkways, bridges and cable tray support. The designs also included partially exposed structural steel framing, which allowed for a atheistically pleasing design elements that fitted well with the existing building.

Gypsteel has been using FRAMECAD technology in Brazil for over seven years, and their clients include many of the country’s largest construction and development companies as well as state governments.

Using FRAMECAD technology meant we could meet the deadline of 28,000m² of partitions erected in 6 months.