FRAMECAD and Intellisteel Partner for Disruption 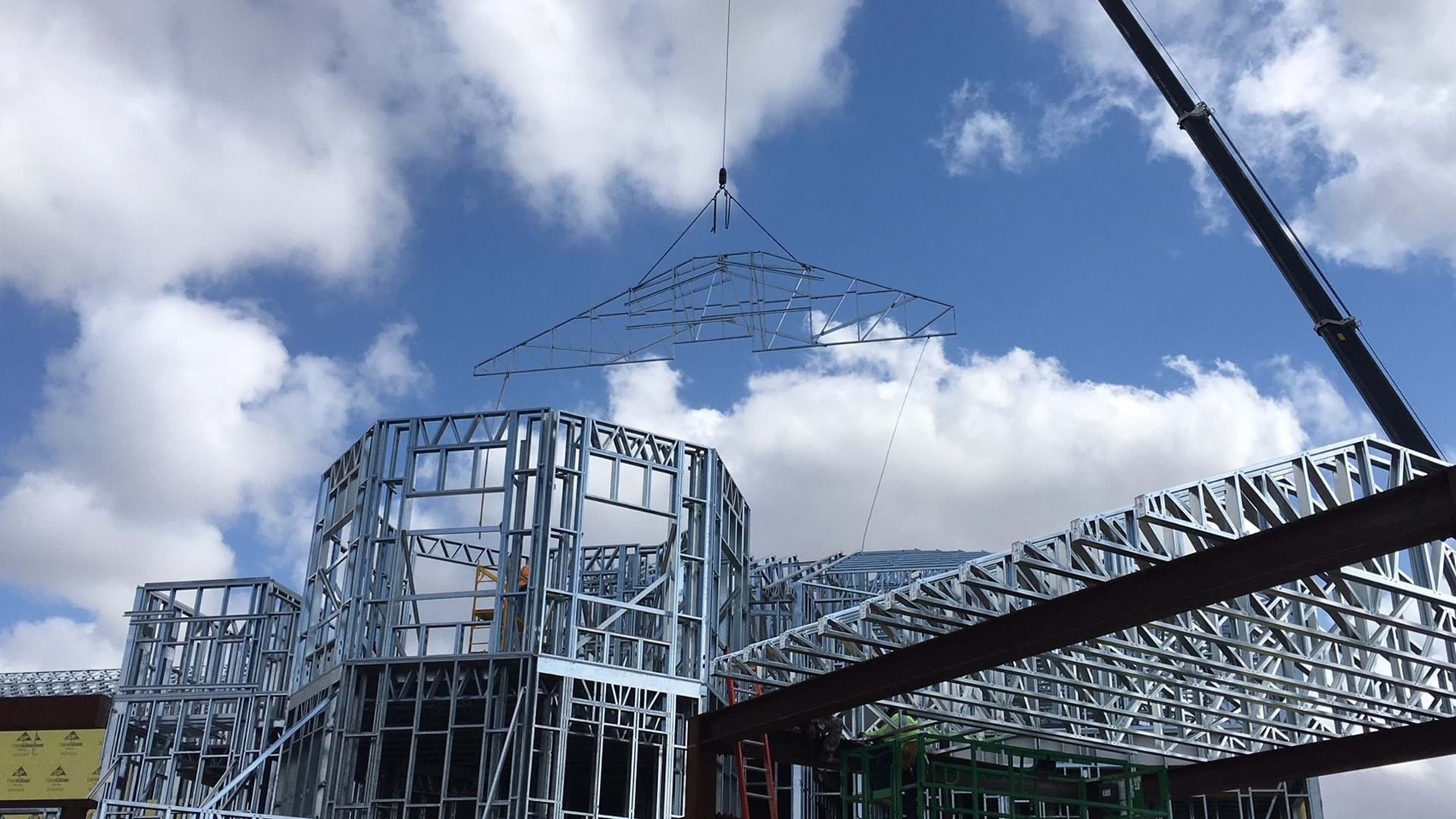 “When I first met Mark Taylor [of FRAMECAD], it was clear he was an innovator and an industry disruptor and would be a perfect partner for us. Anyone who takes on the U.S. market, which is so steeped in tradition, has to be,” Adwell said.

FRAMECAD and Intellisteel Partner for Disruption

For decades, in the US, construction has followed a standard process — architects, engineers and local authorities exchange information about the design of a building; whether to use traditional materials such as brick, concrete or timber. Next, these materials were transported to the construction site, ultimately relying on expensive and hard-to-find skilled labour to assemble and erect the building, based on ever-changing plans that must retrace these steps time and time again. In a best-case scenario, a building was completed on-time, on-budget with a manageable amount of errors and waste. However, in reality U.S. construction companies have come to expect and factor-in errors or deficiencies caused by unskilled labour, cost over-runs and sub-standard quality. It’s why “change order” has become a well-known phrase in the industry.

Responding to the market’s needs

In the years after the “Great Recession” that began in 2007, money in the U.S. construction industry was tighter than ever before. Investors demanded a change, a smarter way. They put pressure on the industry to develop faster, less expensive solutions, but they still wanted higher quality and a more precise style of construction. This, combined with a shortage of skilled labour, led to the birth of Intellisteel.

Stanley Adwell and Phil Smith of Intellisteel had a vision to disrupt the process, improve the quality of construction, and develop a streamlined approach that compresses the project timeline while eliminating costly freight charges that were previously required to manufacture CFS superstructures directly onsite.

Having previously led FRAMECAD Americas as its Managing Director for North, Central and South America, Adwell knew the partnership would make their vision a reality. With an upcoming project requiring thousands of cold-formed steel (CFS) panels for a three-story building, Intellisteel wanted to make the most of the combined system and show how it could change the industry. “When I first met Mark Taylor [of FRAMECAD], it was clear he was an innovator and an industry disruptor and would be a perfect partner for us. Anyone who takes on the U.S. market, which is so steeped in tradition, has to be,” Adwell said.

Innovation enabled through the design-led process

Innovative mobile factories and offices make the Intellisteel process nimble and responsive. These temporary shops can be located on-site or near the project. For the first full project in Delray Beach, Florida, Intellisteel manufactured frames on-site using FRAMECAD’s machines and computer-aided design software. Their process for rolling or pressing steel into finished frames at an ambient temperature far outpaced any manual, traditional methodologies. By producing high quality CFS frames on-site, Intellisteel offered improved quality, faster construction, and a more customized and precise design with a better environmental footprint – all without the need for expensive skilled labor or multiple layers of engineering.

Intellisteel’s client chose to use them for these very reasons, citing their “innovative delivery of the on-site manufacturing process directly on the job site for the entire project structure.” With time and budget the client’s two biggest concerns, Intellisteel was a natural choice.

In fact, their on-site construction methods, and use of the FRAMECAD System, allow Intellisteel to boast a 20-40% faster project timeline than competitors using traditional techniques. Now that’s disruptive!

Throughout the project, a 131,000-square-foot, three story low-rise building in Florida, up to 320 cold-formed steel panels were produced and assembled by Intellisteel in a little over a shift and half.

From foundations, floors, through to the roof, FRAMECAD’s design software and manufacturing system enable Intellisteel to accurately design, produce, and assemble these panels, but also should go from mobilization to handover of the framing in approximately 12 weeks – nearly a month faster than had been scheduled. Onsite production was so rapid that Intellisteel had to add extra local labour (framers) to their team in order to keep up with their process.

The project was chosen as the inaugural collaboration between FRAMECAD and Intellisteel, due to the client’s need for a fast turnaround on a strict budget. The increased speed to completion and the high quality of the panels Intellisteel produced by the FRAMECAD System not only met these needs, but also drove the other trades and suppliers involved to improve the quality and speed of their own services.

In addition, FRAMECAD technical customer service was instrumental in navigating the challenges of their first project together. “Whenever issues occurred, FRAMECAD was responsive and available, greatly reducing any down time,” reported Adwell.

Collaborations between companies such as FRAMECAD and Intellisteel are changing the face of the construction industry. Naturally, this vision has been met with resistance by some traditional companies in the U.S., but it is clear projects such as the one in Delray Beach are rewriting the traditional narrative. As the FRAMECAD and Intellisteel System’s become more widely respected, even larger construction companies in a variety of verticals are adding it to their methodology. Intellisteel is benefiting from being ahead of the curve by integrating FRAMECAD Systems into its process, and they’re now filling a real gap in the market – becoming known as innovators and leaders in the design-led CFS industry.

You can earn more about Intellisteel mobile factories by visiting their FRAMECAD Connect page at and follow their project updates on LinkedIn.